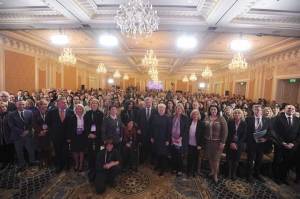 On December 7-8, the Second Ukrainian Women's Congress took place in Kyiv. During the event stressed that today the great attention is paid to the introduction and ensuring gender equality at the highest level in Ukraine. The importance of this issue was noted by the President of Ukraine Petro Poroshenko and the Prime Minister of Ukraine Volodymyr Hroisman. During the congress, international experts from the USA, Canada, France, Croatia, Australia, representatives of NATO, as well as Ukrainian representatives of parliament, government, civil society, business, media and higher education institutions shared their experience.  ZNU at the international event was represented by Candidate of Pedagogical Sciences, associate professor of the Department of Pedagogy and Psychology of Educational Activities, Head of the Center for Gender Education of ZNU Tetiana Holovanova.

Representatives of public organizations expressed their opinion on the important aspects of introducing and ensuring gender equality, domestic and foreign officials. In particular, President of the Republic of Lithuania Dalia Hrybauskaite stressed, addressing to the congress audience: “Women always take responsibility in difficult times, because they have been taught this from childhood to be responsible for their families”. “Be proud of yourself, support your country, be active in your country - and it will have a perfect future,” - Dalia Hrybauskaite urged the meeting participants in her speech.

“Education is an important tool for ensuring equal opportunities, primarily in professional self-realization. Only 23% of girls go to universities for engineering and technical specialties, where salaries are higher.  It is important to overcome gender stereotypes regarding “non-female” professions,” - said the Minister of Education and Science of Ukraine Liliia Hrynevych.

“We must not be indifferent to the problem of domestic violence, help a woman who is nearby.  This is the social responsibility of all of us.  More than 1 million women annually suffer from four types of violence - physical, sexual, psychological and economic.  I meet with women in different cities of Ukraine and I know what an acute problem it is,” - said Mariia Yefrosynina, TV ho 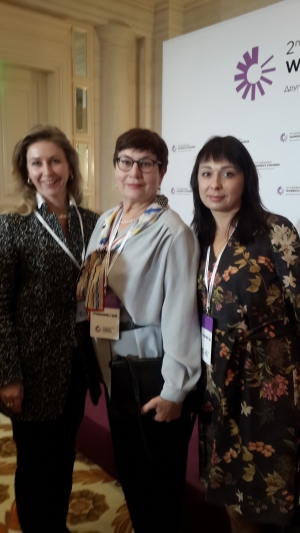 During the event, the participants noted that today the problems of women concern both themselves and men. That is why only men were speakers on the two discussion platforms “Men on maternity leave and responsible fatherhood” and “HeForShe”: men who support women”. 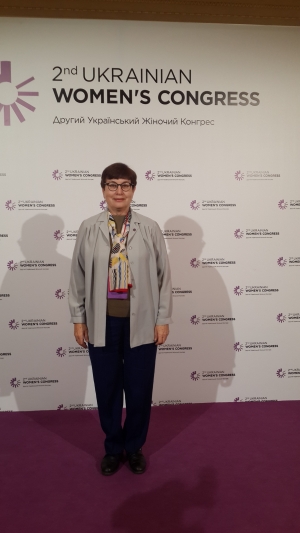 “63% of men are convinced that childcare is not a man’s business.  70% of men think that the most important thing for a woman is child care. This shows that there are still many stereotypes regarding paternity,” - said Kaspar Pik, head of the United Nations Population Fund, in his speech.

As part of the Second Ukrainian Women's Congress, there was an exhibition of photographs by a Swedish photographer, Yokhan Bovman, who made the incredible project “Swedish Fathers”.  His goal is to show modern fatherhood, more precisely - the role of fathers in the lives of children.

Associate Professor Tetiana Holovanova during the event was actively involved in discussions and participation in the work of discussion platforms. After all, this is a good reason to find new friends and like-minded people and agree on future cooperation. And also to present the possibilities of the Center for Gender Education of ZNU, on whose account there are many important information and educational events, both at the city and national levels. Speaking about participation in the congress, Tetiana Holovanova noted:“I am grateful for the opportunity to participate in this important event. I want Ukraine to have more of those who honestly and boldly want and can take responsibility for the equal rights and opportunities of women and men of the entire state. ”