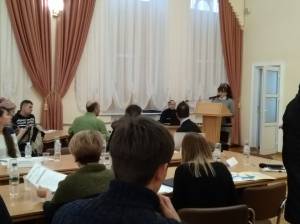 On December 14, a round table meeting was held on the Faculty of Biology of ZNU with the participation of Ukrainian and Czech scientists, representatives of local governments and public activists, which presented the results of the study “The Impact of Pollution on Public Health and the Environment in Five Industrial Cities of Ukraine”. 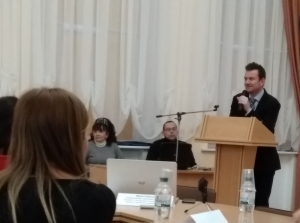 The organizers of this event were representatives of the public organization "Ecodiya", Zaporizhzhia regional branch of the All-Ukrainian Ecological League, association "EcoCoalition Zaporozhye" and the department of general and applied ecology and zoology of the Biological Faculty of ZNU.

The event was moderated by the chairman of the Zaporizhzhia regional branch of the All-Ukrainian Ecological League, coordinator of the Zaporizhzhia Eco-coalition Iryna Pirohova.  About a hundred participants joined the event, among them were the coordinator of the project in Ukraine of the Czech environmental “Arnika” Katerzhyna Kreichova, the head of the citizens support center of the organization “Arnika” Martin Skalskyi, the representative of the Center for Environmental Initiatives "Ecodiya" Maryna Ratushna, the representative of the department of toxic substances and  Waste of the “Arnika” (Czech Republic) Yitka Strakova, Dean of the Faculty of Biology Liudmyla Omelianchyk, head of the Department of General and Applied Ecology and Zoolog 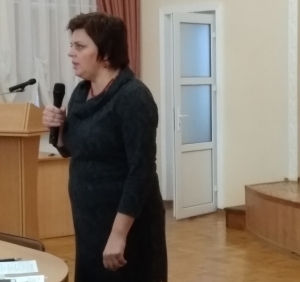 y Oleksandr Rylskyi, associate professor of the department of general and applied ecology and zoology of ZNU Kostiantyn Dombrovskyi, deputy of Zaporizhzhia city council Oleksandr Kostiantynov, as well as representatives of the regional government, the public and the Zaporizhzhia regional laboratory center of the Ministry of Health of Ukraine.

Opening the event, the dean of the Faculty of Biology Liudmyla Omelianchyk drew the attention of the meeting participants to the importance of scientific research on environmental pollution especially in industrial cities and the need to use practical Czech experience and recommendations to overcome this problem and preserve public health. 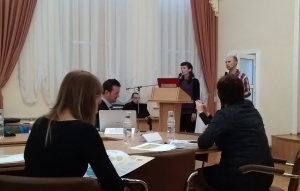 niversity of Chemistry and Technology (VSCHT) and the initiative “Stop poisoning Ukraine: Coalition for Clean Air” conducted a unique study of the effects of air pollution on public health and the environment in five industrial cities of Ukraine. During the expedition, sand samples were taken from playgrounds and bottom sediments, as well as free-range poultry eggs in Kryvyi Rih, Dnipro, Zaporizhzhia, Mariupol and Kharkiv. Specialists of the High School of Chemical Technology analyzed samples for the content of heavy metals, petroleum hydrocarbons, polycyclic aromatic hydrocarbons and organochlorine pesticides.

According to the words of Iryna Pirohova, samples of bottom sediments and sand were taken at playgrounds (a total of 28 samples) in Zaporizhzhia. According to the results of their research, it was revealed that the water in the River Sukha Moskovka is dead, and in many sand samples Ukrainian environmental standards for the content of heavy metals in the soil are exceeded.  This is a reason to reconsider the development strategy of children's playground 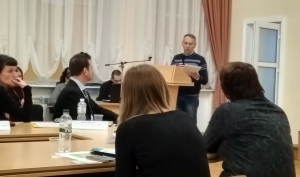 s and is a confirmation that the city of Zaporizhzhia is very polluted and it is necessary to take effective measures to reduce the incidence rates of the population. In addition, the moderator of the event noted that, in parallel with Czech research, scientists from the biological faculty also investigated bottom sediment samples in the Sukha and Mokra Moskovka rivers and the river Kapustianka. Iryna Pirohova also expressed her conviction that the Czech experience in overcoming air pollution problems is very useful for us both from the point of view of strict environmental legislation and the responsibility of enterprises and the activity of public influence on the authorities to enhance environmental monitoring.

During the meeting, experts from the public organization “Arnika” Yitka Strakova (co-author of the study, representative of the toxic substances and waste department of “Arnika”) and Martin Skalskyi (executive director of the Citizen Support Center “Arnik” (Czech Republic), presented  the project and the results of 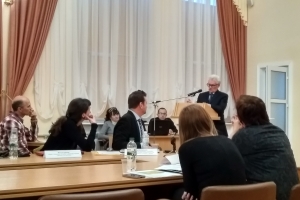 the study of samples of sediment and sand from playgrounds. Thus, among the main pollutants were 8 heavy metals, persistent organic pollutants and 4 groups of persistent organic pollutants. For example, in Zaporizhzhia an elevated level of heavy metals and their compounds was found, with cadmium being the most common metal. Possible sources of pollution were also identified, including metallurgical enterprises, thermal power plants, potential co-incineration of waste in cement kilns, mining, coke production.

In general, scientists have made the following conclusions:

1) A high content of heavy metals was found in river sediments.  The most common of these is cadmium and zinc. The most polluted deposits are found in Kharkiv and Zaporizhzhia.

2) In several samples of sand from the Dnipro and Mariupol, the content of zinc and lead does not meet the Czech hygienic quality standards of sand at children's play 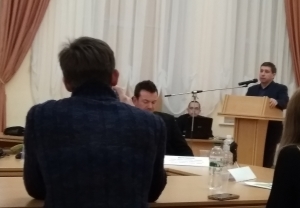 3) In all the cities studied there is a large-scale pollution with oil hydrocarbons. The highest level of pollution was found in Kharkiv and Zaporizhzhia.

4) In one sample of deposits from Kharkiv and in 4 samples of sand from playgrounds in the Dnipro, remains of DDT were found.

5) A risk analysis showed that arsenic and, secondly, cadmium pollution is the greatest threat.

6) In free-range poultry eggs, the content of selected in Kharkiv, Mariupol and Kryvyi Rih revealed significant contamination with dioxins and dioxin-like polychlorinated biphenyl.

Note that you can read the full version of both studies by the link:

https://arnika.org/ru/promislova-ukraina-vpliv-zabrudneniya-na-meshkanciv (Impact of pollution on public health and the environment in 5 industrial cities of Ukraine);

https://arnika.org/ru/yaica-ptic-yak-indikator-zabrudneniya-dokvillya (Eggs of free-range poultry content as an indicator of environmental pollution in the east of Ukraine. Results of the analysis conducted in 2018.