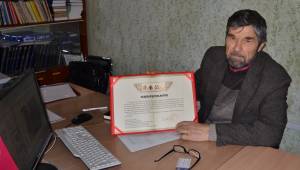 Every year, the Ministry of Education and Science of Ukraine announces a competitive selection of scientific and technical (experimental) development by the state order, the implementation of which is carried out at the expense of the state budget. Projects in priority areas for the development of science and technology are submitted to the competition. 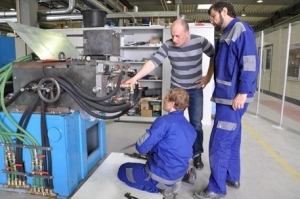 The scientific project of young scholars of the department of metallurgical equipment of the Engineering Institute of ZNU (previously - Zaporizhzhia State Engineering Academy) took the 3rd place among all educational and scientific institutions involved.

Scientific supervisor of the project was the head of the Department of Metallurgical Equipment, PhD in Technical Sciences Yosyp Ohinskyi.  Scientific research is calculated for two years and consists of two stages.

Among other things, the research team of the staff has developed design documentation with reference to the existing equipment of the metallurgical equipment department in order to manufacture a mold and a research facility for continuous casting and rolling e 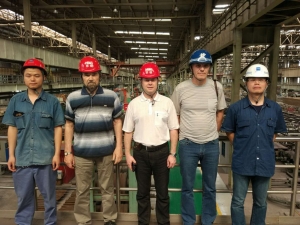 mpty billets. At the final stage of the first year of work on the study, three applications for inventions were submitted; patented development results.

According to the results of the research, the group took part in four international scientific and technical conferences.  Three articles have been published in professional scientific journals, among the authors are K.V. Taratuta, Y.K. Ohinskyi, S.M. Vostotskyi and O.Y. Hrydin. The activity of our scientists while working on the project is not limited to Ukraine.  They actively cooperate with scientists from China and Germany.

In 2019, a team of young scientists began the second phase of work on the project. We wish our scientists creative inspiration, success and support of the state.

INTERNATIONAL DISTANT MEETING ON THE COVID-19 PANDEMIC
The student of Faculty of Foreign Philology – Tatiana Nosanenko is among the winners of the all-Ukrainian competition of student scientific works in Romance languages
Students of the Faculty of Economics and Management of the ZNU Engineering Institute are among the ten finalists of the Student Case Championship «M. Student Champ» by «Metinvest» Company
ZNU's Professional Management and Entrepreneurship: Development Trends Continues Its Strategic Development
The student of Faculty of Foreign Philology Daria Yurchenko got a 3rd degree diploma of the All-Ukrainian competition for student scientific works in German Languages
© 2018 ЗНУ Запорізький національний університет, 69600,
м. Запоріжжя, вул. Жуковського, 66,
Відділ діловодства тел./факс +38 (061) 228-75-08
Приймальна комісія тел. (061) 228-75-38 та (061) 289-12-68
Офіційна пошта