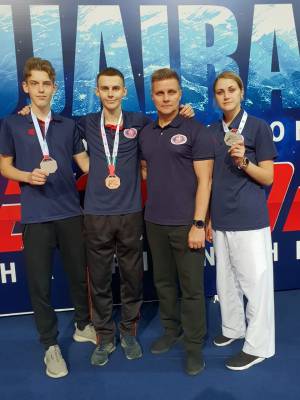 Taras thanked Tetiana Kolomoiets, the Dean of the Faculty of Law, and all the professors who support him in sports. Moreover, professors and law students congratulate Taras Malchenko on his victory, and are proud of him and wish him new achievements in education and sports!
Photo gallery: