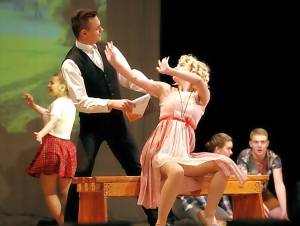 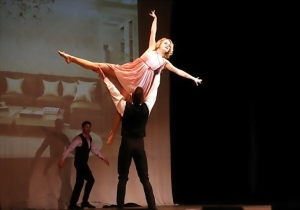 This is the fifth performance in the traditional relay of choreographic performances, launched in 2012. According to Olha Ponomarenko, dean of the Faculty of Social Pedagogy and Psychology, the other day, the actors will conquer another peak: the participants of the performance of the Faculty of Faculty of Social Pedagogy and Psychology have been invited to perform at the Royal Belgian University in Liege!  There will be held the 36th International Student Festival “Theater Meetings”, which annually gathers talents from around the world in Liege (Belgium) - at Royal University.

"It remains to add that the students of Zaporizhzhia National University will be the first representatives of Ukraine who take part in this bright, prestigious forum.  By the way, last year representatives of the Faculty of Social Pedagogy and Psychology received the Grand Prix of a similar event in Bursa (Turkey)", - Olha Viktorivna summarized.

Congratulations to the youth with such an achievement and we wish you a successful show of the play!

University students worthily represented ZNU at the Royal University of Belgium during the festival of theaters
Numerous delegations of Magdeburg Chamber of Commerce and Industry and entrepreneurs from Germany visited ZNU
New Year's concert for the staff of ZNU
At the Faculty of SPP has completed National Conference on the occasion of the 15th anniversary of Acting Department
Students of SPP and ZNU Economics and Law College was held a charity event for support children with special needs
© 2018 ЗНУ Запорізький національний університет, 69600,
м. Запоріжжя, вул. Жуковського, 66,
Відділ діловодства тел./факс +38 (061) 228-75-08
Приймальна комісія тел. (061) 228-75-38 та (061) 289-12-68
Офіційна пошта