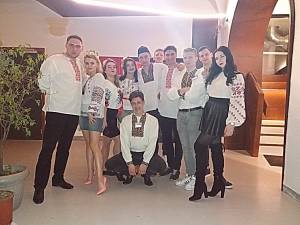 Recently, students of the Faculty of Social Pedagogy and Psychology of the course “theater art” have returned from Belgium.  On February 20-23, the International Festival of University Theater RITU took place in the city of Liege. It is known as the largest oldest forum in the world that gathers participants from different countries. The main task of the project is the development of theatrical education and the creative process at the university level.  The project finals included the work of students of the Faculty of Social Pedagogy and Psychology - a choreographic presentation based on the motif of the play by Friedrich Schiller “Intrigue and Love”. 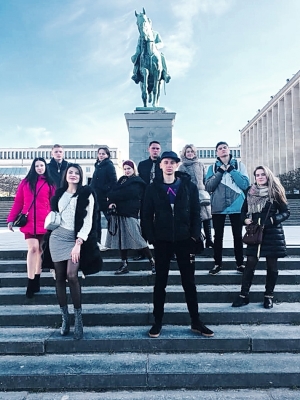 On the eve of the festival, representatives of the department sent video footage to the organizational department of the festival.  The Acting Department and the Educational Theater of ZNU offered to present Zaporizhzhia National University with a choreographic performance based on the play by Friedrich Schiller “Intrigue and Love” directed by the candidate of pedagogical sciences, associate professor, choreography teacher Yulany Volodymyrivny Honcharenko.

It should be noted that only seven student performances of such countries as Spain, France, Morocco, Great Britain, Serbia, Ukraine and Belgium were admitted to the finals of the International Festival. According to the words of Olha Ponomarenko, the dean of the Faculty of Social Pedagogy and Psychology, the last time Ukraine was represented at the festival 32 years ago by students from Kyiv. “It is so important for Zaporizhzhia students and their professors to represent their home university and their country in the best possible light. And they succeeded! Sincere congratulations were heard from the audience and the jury, they also thanked students and professors for their work", - Olha Viktorivna proudly shared her impressions.

Participants of the performance of the Faculty of Social Pedagogy and Psychology were invited to perform at the Royal University of Belgium in Liege
Numerous delegations of Magdeburg Chamber of Commerce and Industry and entrepreneurs from Germany visited ZNU
Students of SPP and ZNU Economics and Law College was held a charity event for support children with special needs
Students of specialty "Social Work" reported on summer training
Faculty of Social Pedagogics and Psychology celebrated its 22th anniversary
© 2018 ЗНУ Запорізький національний університет, 69600,
м. Запоріжжя, вул. Жуковського, 66,
Відділ діловодства тел./факс +38 (061) 228-75-08
Приймальна комісія тел. (061) 228-75-38 та (061) 289-12-68
Офіційна пошта