Students of ZNU College of Economics and Law Are Recognized Nationally 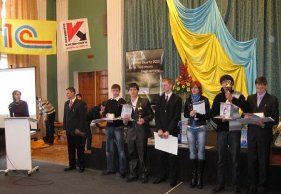 Students of ZNU College of Economics and Law are successful not only in studying, but also in scientific work. They have got the patents for their intentioned model and won the national contest. 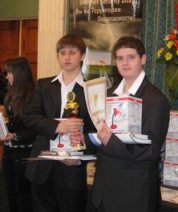 Andriy Popov and Pavlo Golubev according to the Ukrainian law about copyrights for intentions and models have got the patents for their research works.
The contest of young rationalizers and inventors «Nature – Human Being – Industry– Ecology» was successful for Vadim and Vladislav Ternovy, who received emblems "Author" and honorary chapters. Thair scientific supervisor is PhD Andriy Andreev, Department of Physics teacher.