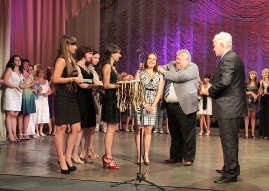 The festive handing of diplomas to the Law Department graduated took place in V. G. Magara Theatre of Music and Drama on July 2. The ZNU administration, graduates' relatives and friends, famous Zaporizhzhya citizens came to the celebration. 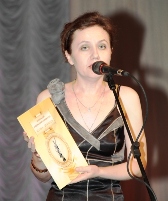 opened the holiday. She insured that this graduating class is special because it is 20th since the specialty founding in the university. She congratulated the graduates and presented the jubilee book in honor of this date.
Rector Sergiy Tymchenko joined the congratulations 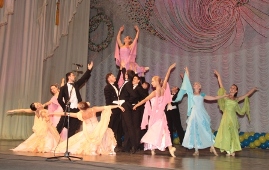 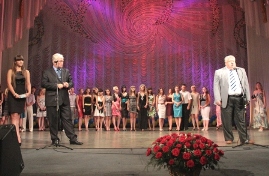 and others.
The concert followed the festivities. 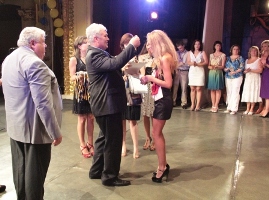