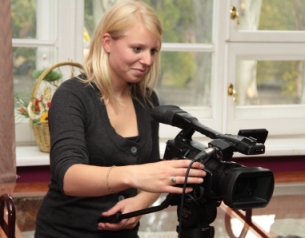 The student of the Utrecht higher school of journalism (Netherlands) Karen van Dijk visited ZNU, where participated in the political science club meeting. The topic of discussion was "The Figure of Stalin in Modern Social and Humanitarian Ukrainian Discourse. Students' Opinions, Interpretations, Thoughts". 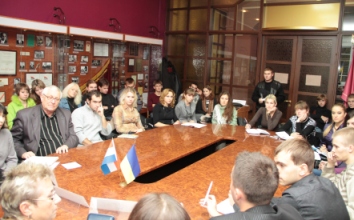 The journalist said it is her first visit to Ukraine. She chose Zaporizhzhya as a place of visit since she read in the press about the controversy around the Iosyp Stalin monument opening in the city. She decided to make a film and present it to the world channels. Students and teachers from History, Journalism, and Sociology & Administration Department participated in the discussion. 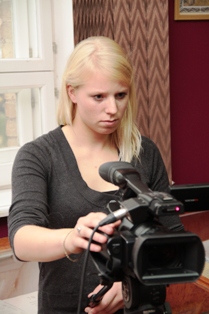 Both negative and positive thoughts will be used by Karen van Dijk in her film.