ZNU is Base University for City Energy Saving Program 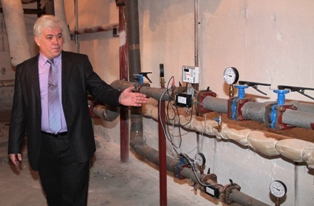 The unique program of the energy saving in ZNU, which helps the university to save two million hryvnyas a year, became an example for other educational establishments and in the city.

Rector Sergiy Tymchenko was appointed to the position of the Mayor Counselor in the energy saving issues of the Acting Zaporizhzhya mayor Vladimir Kaltsev. The ZNU scientists will work on the project of the creating of the City Center of the Energy Effectiveness.